One can, of course, ascribe to Marconi the invention of the radio, but he just stole improved to applicable for radio arrester of Hertz from Russian scientist Popov.
However, in the American mythology Americans are the first in everything, and even believe that the first cosmonaut in the world was Shepard. While his ship was not even entered orbit without flew to cosmic space. May 5, 1961 Booster “Redstone 3” brought the spacecraft capsule on a ballistic trajectory of suborbital flight. The flight lasted 15,5 minutes. The world has not noticed his flight, after almost a month before the first man in the world, Yuri Gagarin, went into space to orbit, performed one circle around the Earth. The flight lasted 108 minutes. END_OF_DOCUMENT_TOKEN_TO_BE_REPLACED

A few days after the second General Strike in Greece on December 3 (more successful in the public sector), powerful mobilizations took place all over Greece today to commemorate the revolutionary revolt of December 2008 that followed the murder of the 15 years old Alexandros Grigoropoulos by the police.

I am sending you pictures from one of today’s march in Athens organized by student unions, and extra-parliamentary left organizations, including the EEK (see the photo 4 and the last one)

Clashes between youth (anarchists and some leftists) with the riot police of the “left” Syriza government continue until this moment (19.30 pm local time) 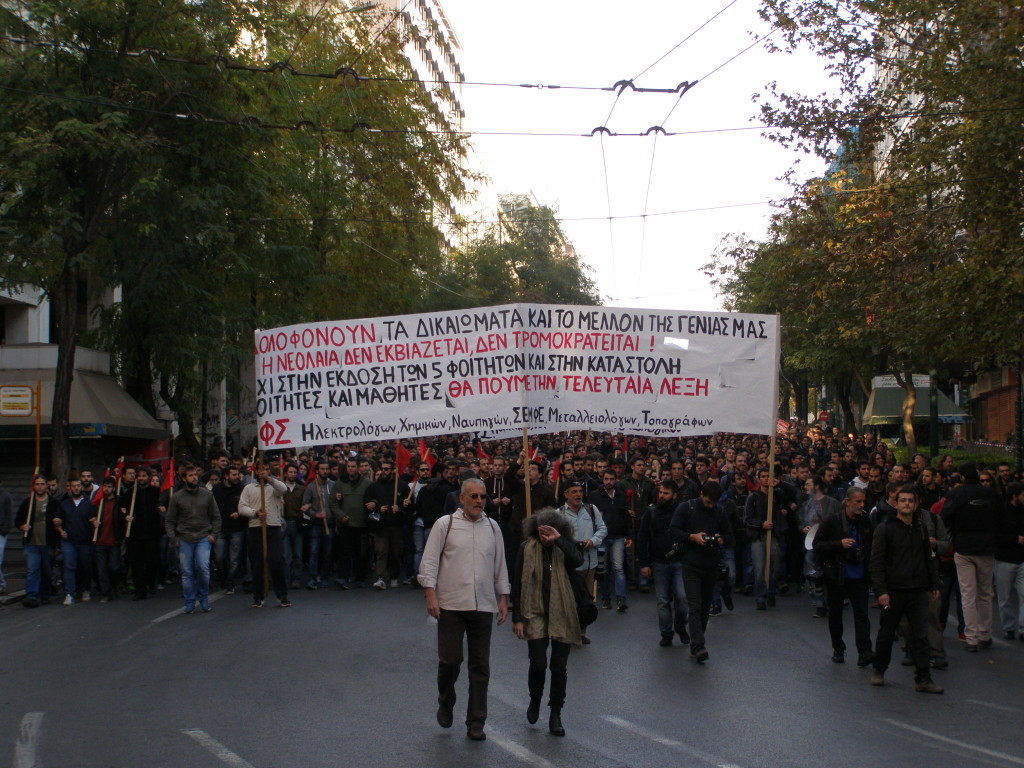